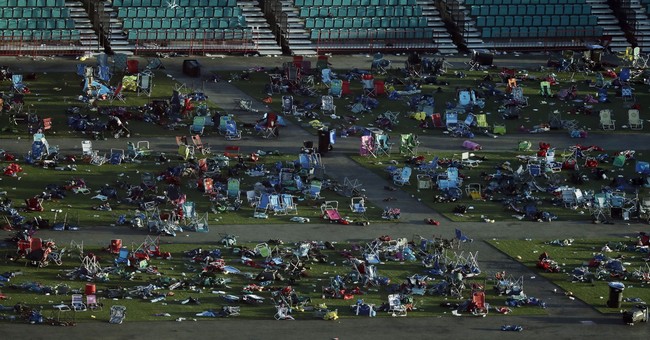 Taylor Winston says that he doesn't want to be called a hero, but let's hope he's okay with "certified badass." Attending the Route 91 Harvest Festival with his girlfriend on Sunday, Winston earned this title by stealing a truck and making several trips to the hospital with injured concertgoers after the event came under fire.

Here's a video of Winston describing exactly what happened:

What incredible bravery during an unspeakably horrible event. How fortunate it was for him to have the presence of mind to even think of borrowing a truck, and how lucky it was that there were still keys in the vehicle. Winston credits his military training for how he was able to quickly spring into action. He joined the Marines at age 17 and was honorably discharged in 2011 after serving two tours in Iraq.

And yes, he returned the keys to the owner of the truck.

A GoFundMe has been started in Taylor's honor.