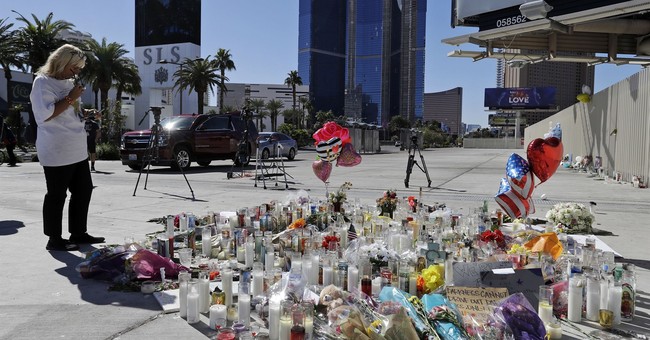 In the latest press briefing by Las Vegas Sheriff Joe Lombardo, he revealed that the investigation into any sort of motive by shooter Stephen Paddock is continuing and that more information would become available within the next two days.

Lombardo said that while he was still not at liberty to release some information that he knew, he confirmed that Paddock's girlfriend, Marilou Danley, is a "person of interest" in the investigation and will be returning to the United States shortly. Prior to the attack, Paddock wired thousands of dollars to the Philippines.

Of the 59 victims, Lombardo said three remain unidentified. He stressed that the FBI has provided many resources into the investigation, and praised the security at the Mandalay Bay Resort for being very helpful during the attack. Lombardo declined to provide any clarification on the types of weapons that were discovered in the hotel room and in the other locations that have been searched, and said that the ATF and FBI were still investigating the weapons.

Lombardo did confirm that one of the weapons had a bump stock.

He said that he was "very troubled" as to how photos of hotel room leaked to the internet, and said that an investigation as to how this happened is ongoing. Lombardo also said that while he was aware that Paddock had numerous cameras in and around the room, including one on the security cart, he was not aware of any kind of transmission of the attack.

What a Flight Crew Allegedly Said When Booting a Hasidic Couple from an Airplane Supposedly over a Mask
Townhall
'How refreshing!' Consummate professional Jen Psaki snaps at WH reporter who confronts her about glaring problem with Biden admin
Twitchy
Reporter Whines About Biden's Lack of Transparency, Jen Psaki Only Makes It Worse
Redstate
Biden's Latest Verbal Slip Might Be His Most Disturbing Yet
PJ Media