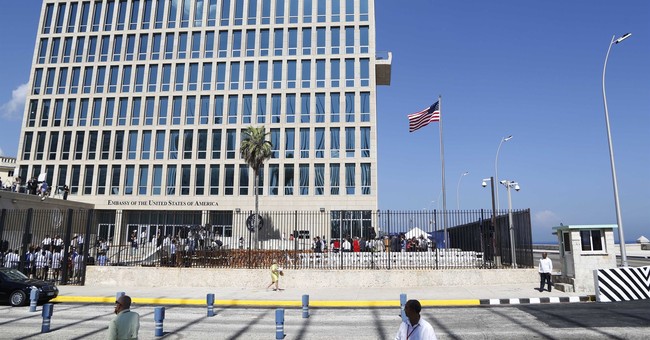 The United States will issue a travel warning to Americans advising them to not visit Cuba, the Associated Press is reporting. Additionally, all non-essential personnel as well as their families have been told to leave Cuba. The American embassy in Havana will stay open, but the United States will immediately stop issuing visas.

Several US officials tell CNN that 21 US diplomats and family members became ill after apparent sonic attacks. The American embassy will continue to operate with a 60% reduction in staff. The officials said the US will stop issuing visas in Cuba effective immediately because of the staff reductions and the decision is not described as a retaliatory measure. Officials say there will still be consular officials in the embassy available to assist US citizens in Cuba.

The State Department is also issuing a travel warning, urging Americans not to travel to Cuba because they could also be at risk as some of the attacks against diplomats have taken place at hotels where Americans stay, a senior State Department official told reporters Friday. (CNN)

These new changes come after nearly two dozen people have come down with mysterious symptoms such as hearing loss, concussions, and other neurological issues that are suspected to come from a sonic attack. Officials are not sure what this kind of device could be, but are clearly very concerned that Americans are under attack. At least one Canadian official has experienced similar symptoms.

Obviously, something is amiss in Cuba--and considering this is all happening barely a year after flights to Cuba began, this is not ideal. For everyone's safety, let's hope these problems are ironed out shortly.