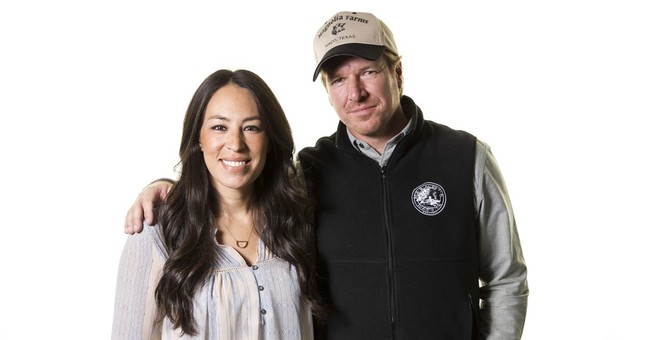 The HGTV series "Fixer Upper," whose hosts Chip and Joanna Gaines came under fire when BuzzFeed published an "expose" accusing them of homophobia, will end after the upcoming fifth season.

In an emotional blog post published on their website, Chip and Joanna announced that they will be ending the show and thanked their fans for the support throughout the years. Chip and Joanna reaffirmed that their marriage has "never been stronger" and that they are not ending the show due to any sort of controversy or legal issue. Rather, they just want to take a break and pay more attention to their family and businesses.

It is with both sadness and expectation that we share the news that season 5 of Fixer Upper will be our last. While we are confident that this is the right choice for us, it has for sure not been an easy one to come to terms with. Our family has grown up alongside yours, and we have felt you rooting us on from the other side of the screen. How bittersweet to say goodbye to the very thing that introduced us all in the first place.

This has been an amazing adventure! We have poured our blood, sweat and tears into this show. We would be foolish to think we can go and go and fire on all cylinders and never stop to pause. Our family is healthy and our marriage has honestly never been stronger. This has nothing to do with a fraudulent skincare line or anything else you’ll inevitably read. This is just us recognizing that we need to catch our breath for a moment. Our plan is to take this time to shore up and strengthen the spots that are weak, rest the places that are tired and give lots of love and attention to both our family and our businesses.

The Gaineses insist that they will not be leaving Waco, Texas at any time soon, and that they will still be renovating homes. They thanked HGTV and their fans for their support over the years.

On Twitter, people were quite upset to hear about the show ending.

Me when I found out Joanna and Chip are ending Fixer Upper after season 5: pic.twitter.com/4hfT8uEPAC

I feel personally victimized and attacked by Chip and Jo's announcement of their last season of Fixer Upper. #demandjustice

Finding out it's the last season of Fixer Upper #chipandjojono pic.twitter.com/TeHRuqY6Po

Me after finding out that this is the last season of Fixer Upper pic.twitter.com/3gYklYRpff

All together now: NOOOOOO! HGTV's Fixer Upper will end after season 5. https://t.co/jLgb38Q5uM pic.twitter.com/5DqRZSqHx5

Sorry to see you go, Chip and Joanna!