Protests at Georgia Tech After Student Killed by Police Officer 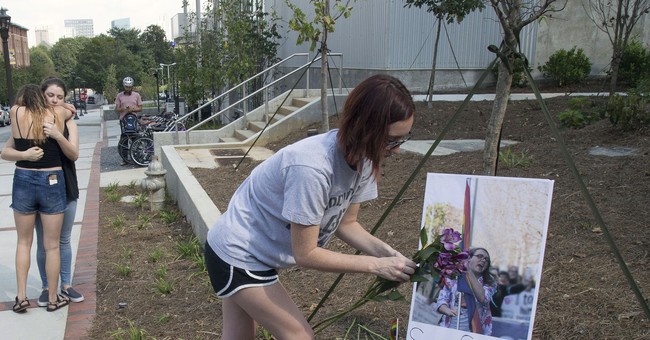 Protests have broken out on the campus of Georgia Tech and a police car has been lit on fire the day after a student was shot and killed by an officer in what was likely a suicide-by-cop. It is unclear if the people protesting are Georgia Tech students or if they are outsiders who came to the campus after the death of fourth-year student Scout Schultz.

Schultz (who identified as non-binary and preferred the pronouns they/them) was shot to death by police over the weekend. Police were responding to a call reporting a suspicious male "holding a knife and possibly armed with a gun on his hip." It was later determined that Schultz was the person who made the call. After not complying with directions to drop the knife and after saying "shoot me," they were shot and died at a hospital shortly afterwards.

Several suicide notes were later found in their dorm room, and Schultz had a history of mental illness and a previous suicide attempt.

On Monday night, protests broke out on campus following a vigil, with people chanting anti-police slogans. Many LGBT advocates have described Schultz's death as a "murder."

In pictures of the protests, various fires can be seen. At least one police car was set on fire. So far, three people have been arrested and two officers have been injured.

Students at Georgia Tech were advised to shelter in place and not leave their dorm rooms until the protests subsided.