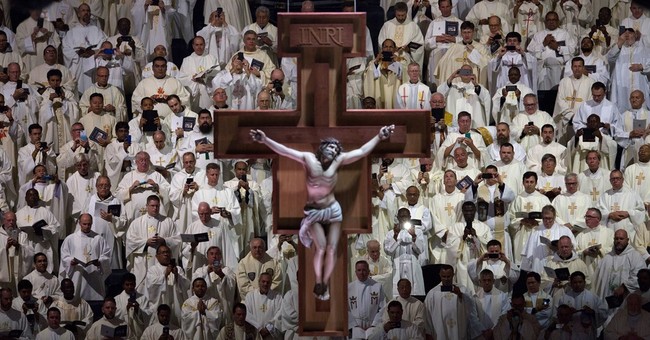 Sen. Dianne Feinstein (D-CA) attempted to shame judicial nominee Amy Barrett for her deep religious faith, saying that "the dogma lives loudly within you" during a line of questioning. Feinstein said that this was a "concern" that needed to be addressed. Barrett is a professor at the University of Notre Dame and is nominated for the 7th Circuit Court of Appeals.

While Cortney has already covered how incredibly inappropriate the remark was, and how it is similarly inappropriate to apply some sort of religious litmus test, there's been somewhat of an amusing development on Twitter. Catholics on social media have adopted "the dogma lives loudly within you" and the hashtag #DogmaLivesLoudly as a rallying cry of sorts, and are using it to evangelize and share their faith. Many are saying that Feinstein had inadvertently given them a new "life goal" to strive for.

That moment when what was intended as insult is actually high praise #DogmaLivesLoudly https://t.co/PxVOqm8v8M

"dogma lives loudly" is the Catholics' "nevertheless she persisted"

Life Goal: Have the Dogma Live Loudly Within Me

Amen Amen I say to you, unless the #dogmalivesloudly within you, you will not inherit the kingdom of heaven.

Senator Feinstein you've disgraced your office and the ideals of our founding fathers. #DogmaLivesLoudly pic.twitter.com/tyF3wZ9ccU

May cause?
1. Holiness
2. Contributions to civic life
3. Priority: God before??
4. Emphasis on ? of neighbor

Feinstein has not yet apologized for her remarks.