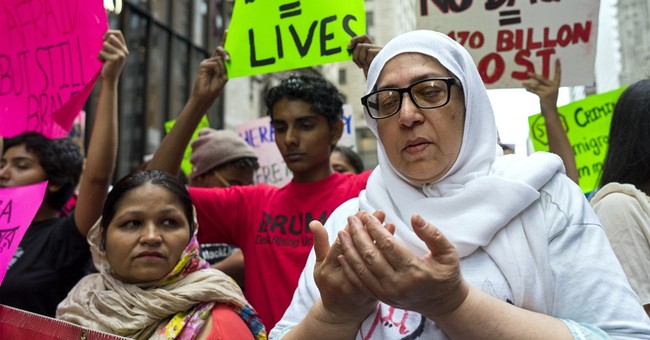 Amid reports that President Donald Trump will be ending the "Deferred Action for Childhood Arrivals" (DACA) policy that protected people brought illegally to the United States as children from being deported, the Women's March has pledged to make his life "impossible."

If you end DACA, we will make your life impossible.

Signed,
The 5 million who marched on January 21st#DefendDACA

Later, they tweeted that while DACA is not dead, people need to keep fighting.

Spread the message to all: #DefendDACA

According to White House Press Secretary Sarah Sanders, Trump has not yet made a final decision yet on DACA. Plus, DACA was never codified into law.

On Twitter, other people chimed in and said that Trump was promoting racism by ending DACA and wanted to break apart families.

The only reason to be happy about Trump ending DACA is that you're a racist. There's literally no other reason.

Please tell me that Trump isn't making waves about rescinding #DACA while Houston, a city that's 44% Hispanic, is underwater! Please!!!

The end of #DACA would rip apart families, instill fear in communities, make our nation less safe, and hurt our economy.

Mr. President, you promised compassion for Dreamers. Ending DACA is as heartless as it is pointless. These kids have no other home but here.