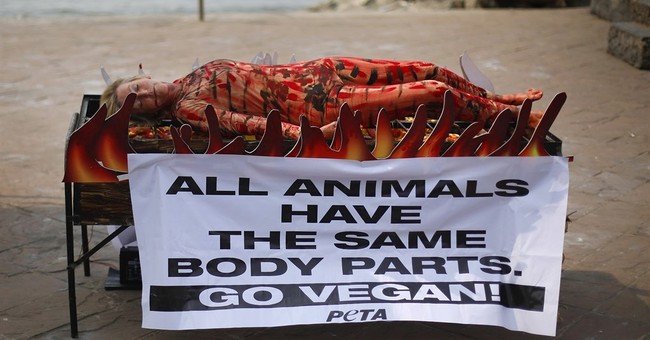 It's almost hunting season, and to celebrate, animal rights hypocrites group PETA launched a new, anti-hunting "photo frame" on Facebook that people can use to decorate their profile picture. The frame says that people should "shoot selfies, not animals," and was intended for people to share cute photos of themselves.

Let's check in with just how that went:

PETA's shoot selfies not animals filter on FB completely back fired on them cause I have never seen this many hunting pics in my life ??

Currently, the frame is the number one most popular on the entire platform.

Some people have tweeted images of their updated photos on Facebook featuring animals they've killed.

Omg this is my dad ???? "shoot selfies not animals" *changes profile picture to him and a deer he killed* pic.twitter.com/GtpFQWcGA1

While obviously a group led by a person who has said she wants to be turned into a human barbecue upon her death is going to be opposed to hunting, to suggest that hunters don't care about animals is kind of backwards. Of course hunters care about the environment and animals--otherwise there'd be nothing to hunt! Hunting is necessary to maintain safe levels of animal populations, and hunters don't waste things that they hunt.

Either way, it's always fun to see something backfire in such an epic fashion.