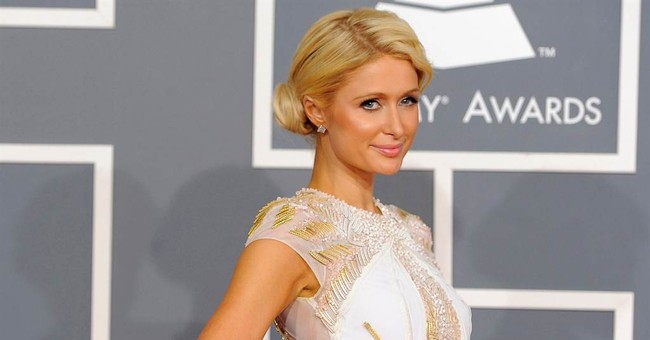 Socialite-turned-singer-turned-DJ-turned-businesswoman Paris Hilton had some curious words about the people who have accused President Donald Trump of sexual misconduct: They're probably just looking for fame, and they are "opportunists" who made their stories up for all of the attention.

In an interview with Marie Claire, Hilton did not mince words about what she thinks about these women. (Empahsis added)

So, too, Hilton dismisses the infamous "grab them by the pussy" line. "I've heard guys say the craziest things ever, because I'm always around guys, and I listen to them speak," she says. As for the women who allege that Trump sexually assaulted them, "I think that they are just trying to get attention and get fame," she shrugs, staring out the window.

The author of the piece, Irin Carmon, tweeted out the full transcript, which included the line about Trump's accusers simply making everything up.

.@parishilton, who told me she's now a feminist, on women alleging her family friend @realDonaldTrump assaulted them https://t.co/bfV1lqBWIS pic.twitter.com/1RVeAM4o11

Hilton also denied voting for Trump, even though she herself said that she did in the week after the election. Trump himself also said on recorded video that getting with women is much easier when a person is famous.

So this is kind of gross coming from Hilton. While sure, there are plenty of false reports filed each year, to automatically assume everyone is chasing fame via sexual assault accusations is pretty despicable. Trump voter or not, feminist or not, Hilton should probably issue some sort of clarification on these remarks.