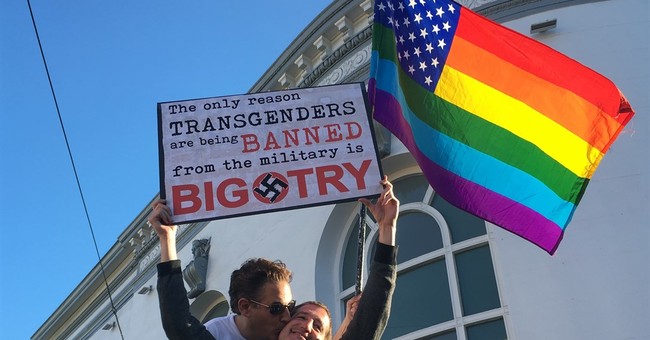 U.S. defense officials say that there will be no changes made on the current transgender troop policy until there is guidance issued from the White House. While President Donald Trump announced that transgender individuals would not be permitted to serve in the military on Twitter on Wednesday, evidently those tweets do not constitute any sort of official guidance from the president or White House.

Top US general tells military service chiefs that no action will be taken on transgender troops until WH guidance is issued. E-mail below. pic.twitter.com/Aj9Xy1sEzg

EXCLUSIVE: US Joint Chiefs of Staff tells military there will be no modification to transgender policy until direction received from Pres

Further, Chief of Naval Personnel Robert Burke said in a letter that transgender servicemembers will still receive medical care and that this will not change. It's still unclear as to what will happen to currently-serving transgender service members, but all sailors are expected to treat each other with "dignity and respect."

“Will not take any personnel actions or change any policy…”

Of the roughly 2.1 million people in active duty or reserves for the U.S. Military, there are an estimated 15,000 transgender individuals. According to Bloomberg, hard numbers are not available.

Since Trump announced the policy change, there has been outrage from the LGBT community and supporters.