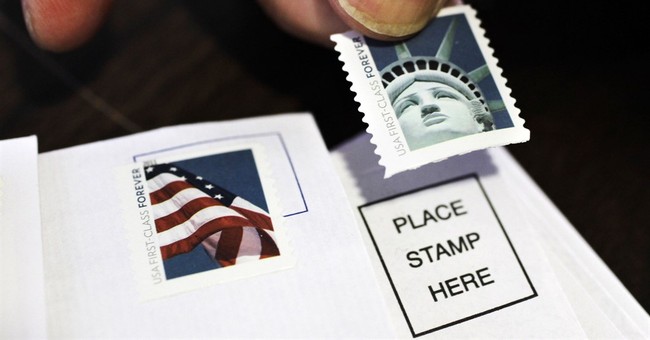 The United States Postal Service is accused of violating the Hatch Act when it permitted employees to take time off to campaign for Hillary Clinton. The workers took unpaid time off to volunteer for the Clinton campaign, but were paid for their work by the National Association of Letter Carriers' PAC, the Letter Carrier Political Fund. The NALC endorsed Clinton.

The Office of Special Counsel issued a report on Wednesday alleging that the USPS did in fact violate the Hatch Act during the 2016 election. While it would have been permissible for employees to take time off to campaign on their own, the fact that the employees did campaign work under their union's campaign operation for Hillary Clinton means that laws were likely broken.

The investigation was launched months ago after Senate Committee on Homeland Security and Governmental Affairs Chairman Ron Johnson, R-Wis., brought constituent complaints to the OSC in October. The constituent, identified as a USPS employee, was concerned the Postal Service “incurred unnecessary overtime costs” and “improperly coordinated” with the National Association of Letter Carriers (NALC) when it released members for several weeks of “union official” leave without pay to participate in campaign work.

“The Labor 2016 program sought to ‘elect Hillary Clinton and pro-worker candidates across the country,’” the report said, citing campaign work like door-to-door canvassing, phone banks and other get-out-the-vote efforts.

According to the report, roughly 97 NALC members requested the leave without pay to participate. The NALC, which endorsed Clinton last June, compensated those USPS workers using the Letter Carrier Political Fund, the union’s PAC.

USPS Postmaster General Megan Brennan said that any violations of the Hatch Act were "unintentional," and that the Postal Service has been permitting employees to take time off to campaign with NALC for about 20 years.

I Know Exactly Who Is To Blame for This New Wave of COVID-19, and I Know Who Is Making a Fortune on It
Townhall
Now the 'I work on the COVID floor at my hospital' variant is spreading on Twitter thanks to a veterinarian
Twitchy
Lauren Boebert's Opponent Is a Veterinarian Who Works in Wyoming and Claims Her Hospital Is Filled With COVID Patients
Redstate
CDC Director Rochelle Walensky Says We Just Need Two Weeks to Stop the Delta Variant
PJ Media