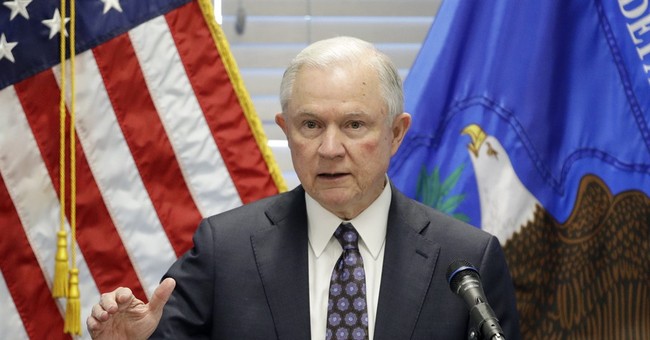 In an interview with The New York Times, President Donald Trump said that he would not have appointed Attorney General Jeff Sessions to his position if he had known that Sessions was going to recuse himself from the Russia investigation. Trump called Sessions' recusal "very unfair to the president" and again referred to it as "extremely unfair." He also said that he did not think Sessions did a proper job in his testimony during his confirmation hearings and "gave some bad answers" to "simple questions."

But Mr. Trump left little doubt during the interview that the Russia investigation remained a sore point. His pique at Mr. Sessions, in particular, seemed fresh even months after the attorney general’s recusal. Mr. Sessions was the first senator to endorse Mr. Trump’s candidacy and was rewarded with a key Cabinet slot, but has been more distant from the president lately.

“Jeff Sessions takes the job, gets into the job, recuses himself, which frankly I think is very unfair to the president,” he added. “How do you take a job and then recuse yourself? If he would have recused himself before the job, I would have said, ‘Thanks, Jeff, but I’m not going to take you.’ It’s extremely unfair — and that’s a mild word — to the president.”

Mr. Trump also faulted Mr. Sessions for his testimony during Senate confirmation hearings when Mr. Sessions said he had not met with any Russians even though he had met at least twice with Ambassador Sergey I. Kislyak. “Jeff Sessions gave some bad answers,” the president said. “He gave some answers that were simple questions and should have been simple answers, but they weren’t.”

Sessions recused himself from the Russia investigation back in early March, over four months ago. Despite Sessions' early loyalty to President Trump, it doesn't look like their relationship is going all that great.