Kid Rock Continues to Tweet About Senate Run; Still Has Not Filed 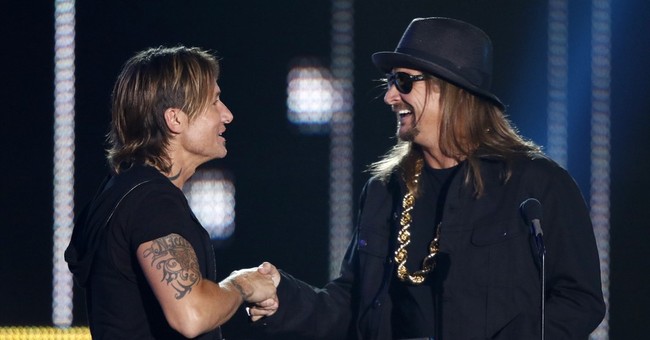 In what is fast becoming my favorite political story of the year, singer Kid Rock is once again tweeting about his Senate run in Michigan.

On Monday, Kid Rock tweeted what appears to be his first political campaign statement, saying that people who "work your butt off and pay taxes," they should be able to understand various laws, taxes, and governmental programs. It appears as though Kid Rock supports a limited, simpler government. The tweet also included a link to his kidrockforsenate.com website.

“I believe if you work your butt off and pay taxes, you should be able to easily understand and navigate the laws, tax codes, health care and anything else the government puts in place that affects us all.”

While many people initially thought that his "announcement" was a hoax or a joke (or marketing campaign), the singer continues to insist that it is a real thing and that he is indeed running for office. However, he still has not yet filed any paperwork with the FEC.

Kid Rock still hasn't filed a statement of candidacy with the FEC. (I just looked.) https://t.co/ZDSmr6BCJ5

Kid Rock has also sported "Kid Rock '18" shirts at his recent concerts. The logo is the same from his website. Since the initial announcement, he has released two new singles and said that he plans on documenting his campaign through music.

Salinas! Another great one! Thank you! pic.twitter.com/54MYxIVErz