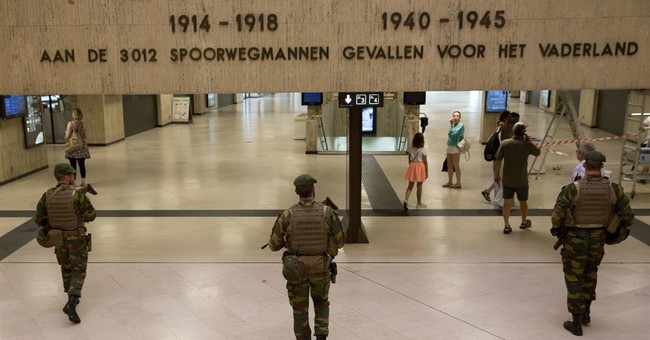 The would-be bomber who was "neutralized" on Tuesday at Brussels Central Station during a failed terrorist attack was Moroccan and had ties to ISIS, Belgian authorities said on Wednesday. Contrary to what was initially reported yesterday, the attempted terrorist used a suitcase bomb, not a suicide belt. He is only been identified by the initials "OZ." He was reportedly known to authorities prior to Tuesday.

1. Officials in Belgium have tied the failed suicide bomber, who attempted to detonate a suicide belt in a Brussels station, to IS pic.twitter.com/ivuK6j0Bdb

2. Federal Prosecution Office says that the failed attacker, identified as "OZ" had "sympathies for the terrorist organization IS" pic.twitter.com/J6gyDpRiRC

Further, the suspect hailed from an area that has produced numerous ISIS terrorists.

6. @CruickshankPaul is reporting device in Brussels was TATP. This is ISIS' signature explosive for use in Europe: https://t.co/nmUfkwHXl1

ISIS has not taken credit for the attempted attack in Belgium, but the group typically does not claim to have been behind attacks that failed.

Nobody was injured in Tuesday's explosion. The suspect detonated the device when he noticed that police had discovered him. According to reports, the suspect yelled "Allahu Akbar" prior to the blast.