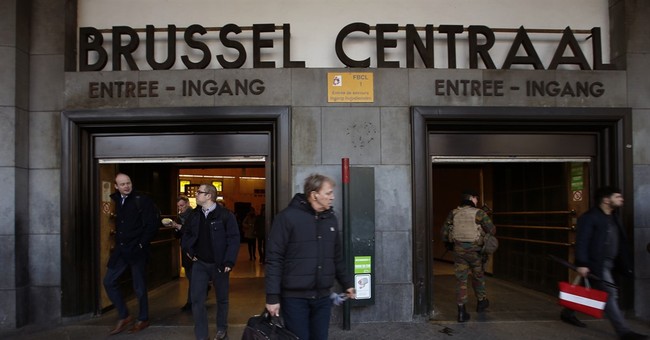 UPDATE (5:22 p.m.): Belgium is considering this to be a terrorist attack. It's also "unclear" if the suspect survived.

UPDATE (4:28 p.m.): The attacker reportedly yelled "Allahu Akbar" prior to detonating the bomb.

UPDATE (4:09 p.m.): Police in Belgium are looking for a second suspect. The initial bomber blew himself up when the police turned their weapons on him.

"special police forces have been deployed to search for a 2nd individual."

UPDATE (3:40 p.m.): Miraculously, there are no injuries reported.

No reports, so far, of injuries, other than the suspect in Brussels. Will update if that changes. https://t.co/OsMWJlL30G

An explosion has been reported at Brussels Central Station in Belgium. The suspect has been shot by the military and there are numerous ambulances at the scene. The station has been evacuated and train service has been suspended.

This story is still developing and this piece will be updated as more information is available.