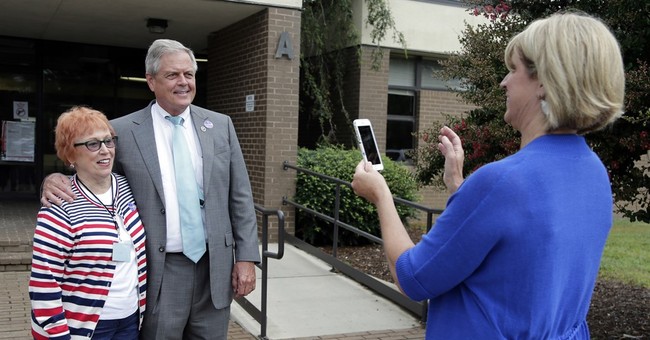 While most eyes are on the GA-06 special election between John Ossoff and Karen Handel, Republican Ralph Norman just won the night's other special election, in South Carolina's 5th district.

Norman defeated Democrat Archie Parnell in a race that was called about two hours after the polls closed in the Palmetto State. The seat was formerly occupied by Republican Mick Mulvaney, who was tapped by President Donald Trump to become the new director of the Office of Management and Budget.

On Monday, Trump tweeted his support for Norman, saying that he thought that Norman would be a "fantastic help" in cutting taxes, securing the border, reforming healthcare. Trump encouraged people to go out and vote.

While this district is considered to be a relatively safe Republican district, but hey, a win's a win.