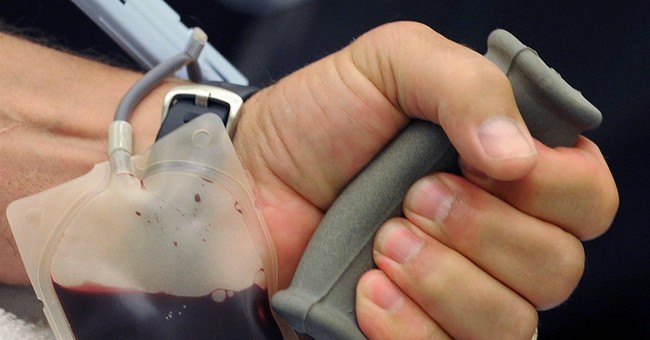 A Knights of Columbus council in Louisiana has organized a nationwide push to donate blood in honor of House Majority Whip Steve Scalise. Scalise is a Roman Catholic and a Louisiana native.

Knights of Columbus and other friends of Scalise urging a nationwide blood drive in his honor. pic.twitter.com/N2k4Gl3xOq

A fraternity brother of U.S. Rep. Steve Scalise from Louisiana State University has organized a blood drive for the House majority whip through a Catholic charitable fraternity.

Scalise remains in critical condition after surgery to repair damage to his hip and internal organs from a shooting Wednesday during practice for a charity baseball game.

Adrian Bruneau (BROO’-noh) says he’s known Scalise for about 25 years and everyone he knows is feeling frustrated and wants to help. He organized the drive through his local Knights of Columbus council.

Scalise has received several blood transfusions since he was critically injured in Wednesday morning's shooting at a baseball field in Alexandria. He remains in critical condition at MedStar Washington Hospital Center, but has "improved" over the last 24 hours.

According to the American Red Cross, blood supplies often reach critically low levels during summer months, meaning that it's probably a good idea to donate either blood or platelets regardless of any particular reason. Still, donating in honor of Rep. Scalise is as good a reason as any.

To find a location to donate blood, click here.