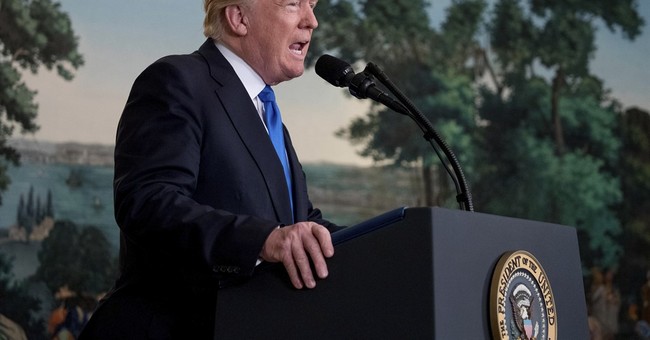 At the White House, Trump says Scalise is “worse” off than he thought - "He's going to be ok, we hope"
— Charlie Spiering (@charliespiering) June 15, 2017

Scalise was shot in the left hip and suffered injuries to his internal organs, and has undergone three surgeries so far. He will likely need more. Initially, Scalise was reported to be in stable condition, but was downgraded to critical later on Wednesday. He has received "several" blood transfusions.

Lobbyist Matt Mika, who was also seriously wounded in Wednesday's shooting, is alert and able to communicate via notes. Mika was shot several times in the chest and arm, and remains in the intensive care unit on a breathing machine at George Washington University Hospital. He also will need further surgeries.

Vice President Mike Pence and his wife Karen visited Scalise on Thursday morning, and urged people to keep the congressman in their prayers.