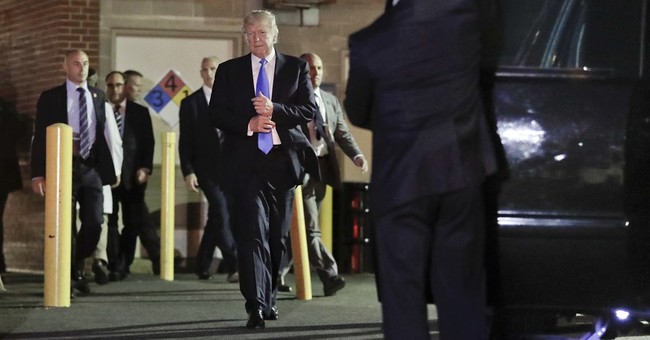 MedStar Washington Hospital Center released an update about Majority Whip Steve Scalise last night. Scalise remains in critical condition, and suffered a multitude of injuries after being shot in the hip on Wednesday morning. Per MedStar Washington, Scalise was shot once in the left hip and suffered injuries to his internal organs as well as bone fractures. He has currently undergone two surgeries and has received multiple units of blood. According to the hospital, he will need further surgeries soon.

Congressman Steve Scalise sustained a single rifle shot to the left hip. The bullet travelled across his pelvis, fracturing bones, injuring internal organs, and causing severe bleeding. He was transported in shock to MedStar Washington Hospital Center, a Level I Trauma Center. He underwent immediate surgery, and an additional procedure to stop bleeding. He has received multiple units of blood transfusion. His condition is critical, and he will require additional operations. We will provide periodic updates.

President Donald Trump made a surprise visit to the hospital on Wednesday evening, and later tweeted out that Scalise is in "tough shape" but a "real fighter." He then urged people to pray.

Just left hospital. Rep. Steve Scalise, one of the truly great people, is in very tough shape - but he is a real fighter. Pray for Steve!
— Donald J. Trump (@realDonaldTrump) June 15, 2017

The shooter, James T. Hodgkinson, was killed by Capitol Police.