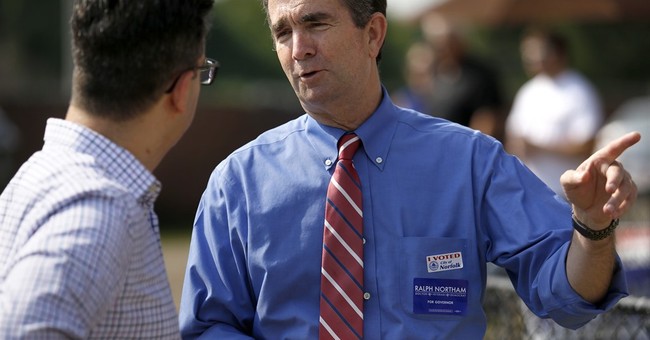 It's primary day in Virginia. Here's who the two major parties have nominated for the upcoming gubernatorial election.

Ralph Northam has won the Democratic primary for governor, defeating Tom Perriello. The race was called by the Associated Press about an hour and five minutes after the polls closed at 7 p.m.

The Perriello/Northam race was viewed as a sort-of redux of the 2016 presidential election's Democratic primary. Northam is currently the lieutenant governor, and it seemed to be a given that he'd be the Democratic nominee for governor. He's viewed as a more moderate Democrat. Conversely, Perriello was endorsed by Sen. Sanders, and ran as an "unapologetic liberal."

Perhaps unsurprisingly, Perriello didn't do so well in parts of the state that were easily won by Hillary Clinton last Super Tuesday. (Clinton won the state overall.)

Ed Gillespie has won the Republican primary by a very thin margin over Corey Stewart. The race was called shortly before 9:30 p.m.

Projection: Ed Gillespie (R) has won the GOP primary for #VAGOV, defeating Corey Stewart (R). But wow, was it close.

Stewart has had a very controversial lead-up to Election Day. He is outspoken in his support of preserving Confederate monuments and the use of the Confederate flag, which cost him several endorsements. Gillespie is a former RNC chair and the former head of the Virginia GOP.