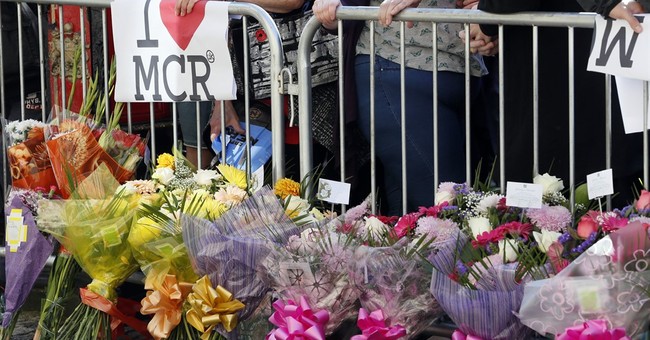 After last night's terrorist attack at an Ariana Grande concert in Manchester that left 22 dead and nearly 60 people injured, the United Kingdom has raised its terror threat level from "severe" to "critical," the highest level. This indicates that an attack may occur "imminently." British PM Theresa May announced this change on Tuesday evening.

May cited a belief that the attack may be part of a larger group and not a "lone-wolf" attack. A 23-year-old, later identified as the brother of the bomber, was arrested on Monday in connection with the attack on the concert. ISIS has claimed responsibility.

.@theresa_may: "It is a possibility we cannot ignore, that there is a wider group of individuals linked to this attack." pic.twitter.com/OYcuFtSlx6

The attack in Manchester is the deadliest terrorist attack in the UK since the coordinated train and bus bombings on July 7, 2005.

This piece has been updated with new information.