Trump and Turkish President to Meet in DC In May 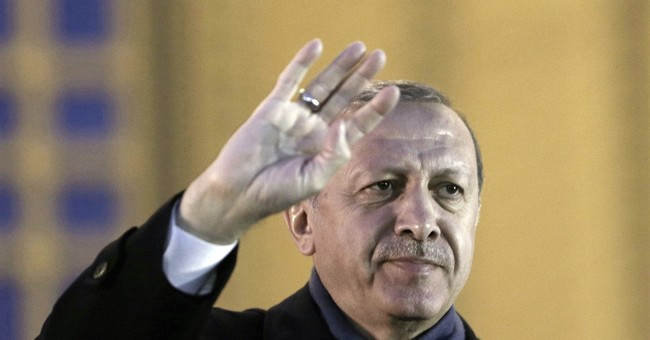 President Trump and Turkish President Recep Tayyip Erdogan will meet in Washington on May 16 and 17, Erdogan announced on Thursday. This will be their first meeting.

Trump sparked controversy earlier this week when he called Erdogan to congratulate him on the referendum vote. The White House later clarified that the call was not intended as an endorsement. Trump was the only leader of a Western nation who called Erdogan with congratulations.