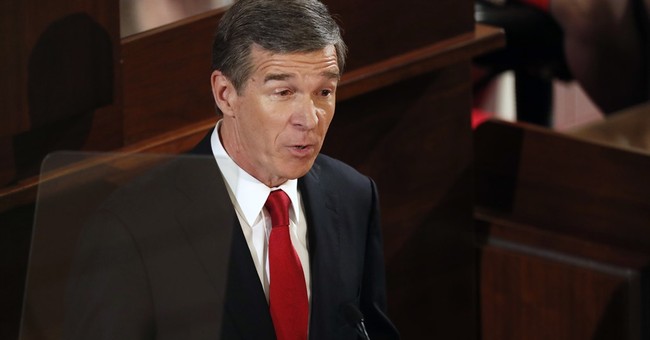 Matt wrote earlier on Thursday about how North Carolina's contentious "bathroom bill" regarding transgender individuals is likely going to be repealed.

Now, it appears as though this is indeed the case. Earlier in the day, the state's General Assembly passed a bill that would roll back the "bathroom bill" and sent it to Gov. Roy Cooper (D)'s desk. Shortly after 4 p.m., Cooper announced that he had signed this revised bill.

This comes in time for the NCAA's deadline to either repeal or change the law or be barred from hosting championship events.