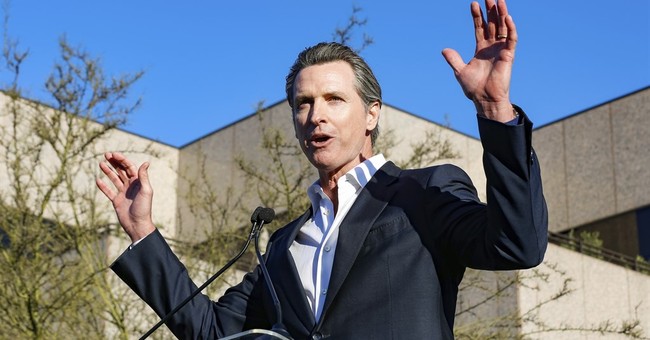 California gubernatorial candidate Gavin Newsom has added an eyebrow-raising plank to his platform: he wants to bring universal healthcare to California. The system would be based off of a similar one in San Francisco.

In his 2018 bid for governor of California, Democratic Lt. Gov. Gavin Newsom told the the Sacramento Bee he'll propose a universal healthcare system for the state, a response to ongoing efforts by President Trump and the Republican-led Congress to replace the Affordable Care Act.

With the proposal, which is modeled on a city program he supported while mayor of San Francisco, Newsom is trying to stake a claim to an issue that may become pivotal in the contested race, especially among his biggest Democratic rivals.

While that may sound all fine and dandy (after all, states are designed to effectively be laboratories to experiment), there's an important issue to consider: costs. Vermont, with a relatively healthy, homogeneous population of under a million people and approximately no illegal immigration to speak of, tried their best at a statewide universal healthcare system, Green Mountain Care. Green Mountain Care was supposed to be in full effect by 2017, but was shelved after it was realized that the cost of the program would equal the entire tax revenue for the state. California's population is more than 60 times that of Vermont, and it's significantly less healthy than Vermont--plus there's a whole host of undocumented immigrants who haven't been vaccinated against common illnesses and who may carry far more complex health problems.

While universal health care is a great idea in theory, it's going to take some careful math if it's ever actually going to happen--and Newsom should be prepared with these numbers to prove that he won't bankrupt the state as governor.