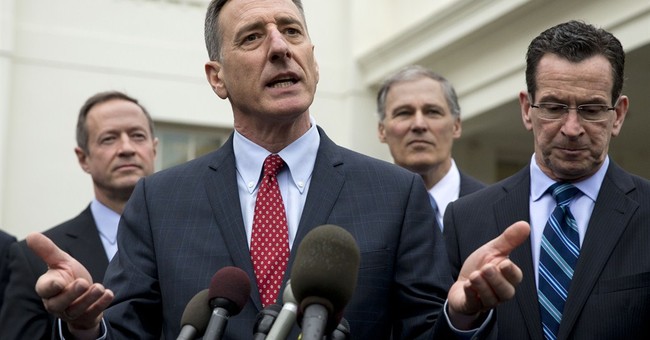 In 2011, Vermont passed the nation's first single-payer healthcare system, "Green Mountain Care." While the law was supposed to be fully enacted by 2017, it has become apparent that there's no solid plan in place to actually pay for the healthcare of all Vermont residents. Democratic lawmakers, citing missed deadlines and past failures, have begun to call for Vermont Governor Peter Shumlin to "shelve" the plan.

“The deadlines for proposing financing have been missed two years in a row now, so to me that’s very disappointing. It’s becoming clearer and clearer that there is no financing plan,” Condon told Vermont Watchdog.

The cost of one year of Green Mountain Care is estimated to be anywhere from 1.6 to 2.2 billion dollars. This is equal to the entire tax revenue of the state of Vermont.

Sen. Bobby Starr, another Democrat who voted against Act 48, told Vermont Watchdog in January there’s “no way” single-payer can work without new taxes. Indeed, no lawmaker has introduced any bill that would finance single-payer health care without also raising taxes.

It's foolish for Vermont to even entertain the thought of a single-payer system when its attempt at implementing an Obamacare exchange didn't go so well. Green Mountain Care is way too expensive for the state, and raising taxes is going to make an already business-unfriendly state even worse.