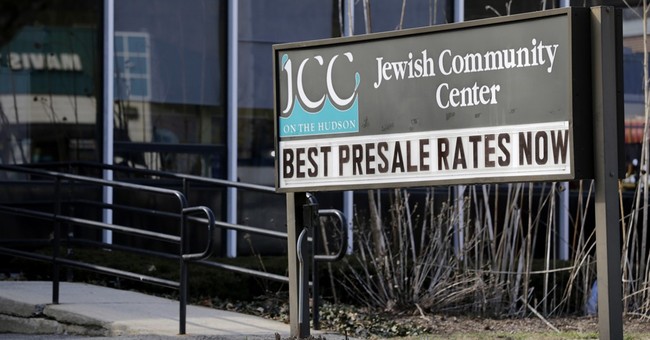 There have been five waves of bomb threats targeting Jewish Community Centers and Jewish schools since the beginning of the year. President Donald Trump opened his speech last night condemning the threats. While no acts of violence have actually been carried out, it's still very unsettling that these threats keep happening and at such a high volume. Until Tuesday, there had been little said about who actually was phoning in the threats, but now law enforcement has an update: the calls are likely coming in from overseas.

Law enforcement officials believe many of the threatening calls have originated overseas. So far, none of the threats have been carried out. But the lack of destruction has not made them any less chaotic or anxiety-inducing.

"This is the first time in the 60-plus years of our organization we have had a bomb threat called in. And now we've had three bomb threats this year," said the CEO of a JCC in the Northeast who wished to remain anonymous for fear of copycats targeting his center. "It's alarming."

The alarm from the bomb threats, combined with the recent vandalism at Jewish cemeteries in St. Louis and in Philadelphia, have led some to see a pattern of rising anti-Semitism.

Granted, this doesn't explain the recent vandalism of two Jewish cemeteries in St. Louis and Philadelphia (obviously that wasn't done overseas), but it's still an encouraging sign that Americans aren't the ones making threats to kill their neighbors. Let's hope that law enforcement is able to nab the people behind this, quickly.