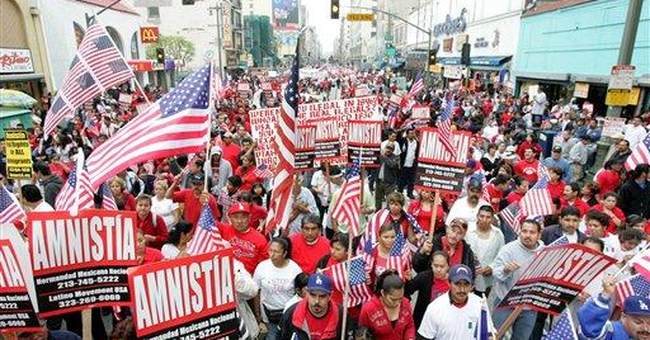 The State of Texas is making moves to eliminate sanctuary cities within the Lone Star State. Washington State, on the other hand, is taking an opposite approach: their governor has effectively declared the entire state a sanctuary state.

In an executive order signed on Thursday, Gov. Jay Inslee (D) prohibited any state agency from detaining an illegal immigrant at the request of federal officials. It also prohibits the use of state resources for the creation of a database or registry for people of a particular religion. The state will, however, continue to honor federal arrest warrants.

In a press conference, Inslee said that he did not think that Washington State should take part in "[...] promoting or carrying out mean-spirited policies that break up families and compromise our national security and, importantly, our community safety.”

Washington State has seen an increase in the number of illegal immigrants over the past few years. About half of the state's estimated 250,000 undocumented persons are from Mexico, and an additional 20,000 are from China.