George H.W. Bush To Do Coin Flip At Super Bowl 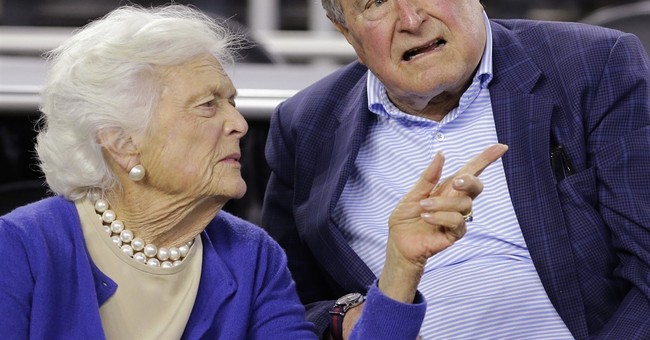 Some very happy news to report: Just weeks after they were both admitted to the hospital and were forced to skip the inauguration, former President George H.W. Bush and his wife Barbara will be doing the coin flip before Sunday's Super Bowl. Bush 41 was admitted to the hospital with pneumonia on January 14th and was not released until the 30th, and Barbara spent a weekend in the hospital mostly as a precaution.

The game will be played in Houston, where the Bushes currently live.

I think I speak for everyone when I say that I'm thrilled the two have recovered enough to appear in public. (And Go Pats!)