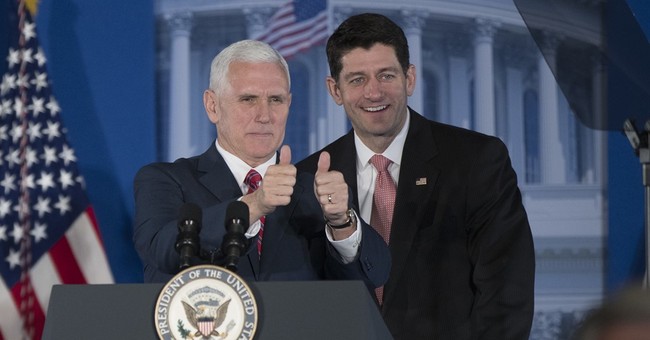 After being introduced by his wife, Karen, Vice President Mike Pence addressed the crowd of thousands at the March for Life rally. Pence, who announced on Thursday that he would be speaking in person at the event, was greeted with loud cheers and applause.

In his speech, Pence focused on the newly-inaugurated Trump administration and the various pro-life victories in November's elections. He received big applause when he mentioned the reinstatement of the Mexico City Policy, and spoke of President Trump's "broad shoulders and big heart."

Pence also spoke about how he and President Trump intend on promoting a pro-life agenda throughout the United States, including passing legislation, defunding organizations that provide abortions, and finally, appointing a pro-life justice to the Supreme Court.

"That's why this administration will work with the Congress and end taxpayer funding of abortion and abortion providers," said Pence. "And we will devote those resources to health care services for women across America. President Donald Trump will announce a Supreme Court nominee who will uphold the God-given liberties enshrined in our Constitution. Life is winning in America."

In addition to the legislative and electoral victories, Pence also said that "life is winning" through advances in science, and the "generosity of millions of adopted families and hearts" who open their homes to children.

Pence thanked the crowd for their "love of women and children of America" and assured them that "we will not rest until we restore a culture of life in America for ourselves."

Not That We're Shocked, But the CDC Just Hurled More Propaganda About Masks Again
Matt Vespa