Former Mexican Pres. Tweets About How Mexico Won't Pay For 'That F--king Wall' 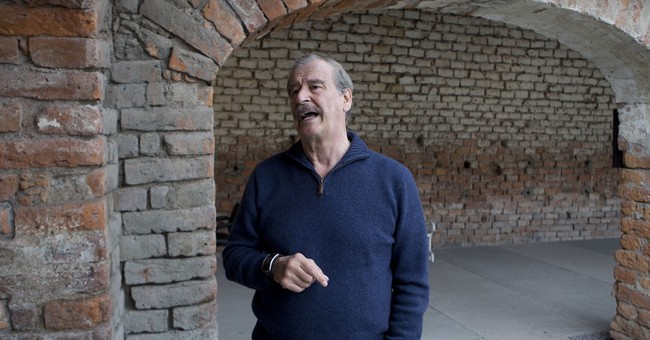 Former Mexican President Vicente Fox Quesada has some pretty strong feelings about Donald Trump's border wall. Namely, he does not think that Mexico will ever pay for "that f--king wall."

Sean Spicer, I've said this to @realDonaldTrump and now I'll tell you: Mexico is not going to pay for that fucking wall. #FuckingWall

Donald, don't be self-indulgent. Mexico has spoken, we will never ever pay for the #FuckingWall. https://t.co/a79WDY5vlv

Fox has never counted himself as a supporter of Donald Trump. In publicly fought with Trump on Twitter this past August.