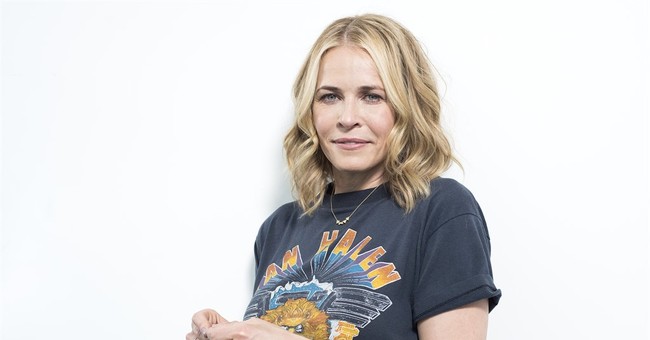 Talk show host Chelsea Handler, who is in fact not fleeing the United States for Spain in light of President Trump's victory, does not plan on having either the president or first lady on her show any time soon. In an interview with Variety, Handler said that she doesn't like Donald Trump, and that she wouldn't have Melania on her show because "she can barely speak English" and they would have nothing to talk about.

Watch the full video below (content warning). Handler's comments about Melania are around the two-minute mark. Handler also said that she'd tell Donald Trump to "f--k off" and that she is no longer going to be a registered Democrat.

Melania is a native of Slovenia and moved to the United States in 1996. She became a U.S. citizen in 2006. She's fluent in Slovenian, English, French, Serbian, and German, and is the first immigrant first lady.

While it's clear that emotions are high, this is not a polite way to speak about anyone, never mind the first lady. Handler has no obligation to have anyone on her show, ever, but there's no need to disparage a woman who isn't a native English speaker.