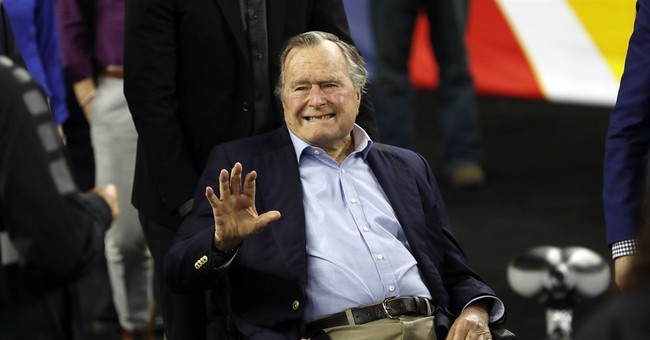 It was revealed on Wednesday that former President George H.W. Bush has been in the hospital in Houston since Saturday. As such, Bush and his wife Barbara were advised by doctors to skip Friday's inauguration in Washington as the cold weather and potential rain wouldn't be good for someone recovering from a respiratory ailment.

To apologize for missing the event, the former president wrote President-elect Donald Trump a nice note explaining that he would "be with you and the country in spirit" and wished him well as the incoming president.

Gracious letter from @GeorgeHWBush to @realDonaldTrump wishing the best "as you begin this incredible journey of leading our great country.” pic.twitter.com/haQmmsii2f

Bush has a history of writing kind notes--he wrote one for then-incoming President Bill Clinton on the eve of his inauguration as well.