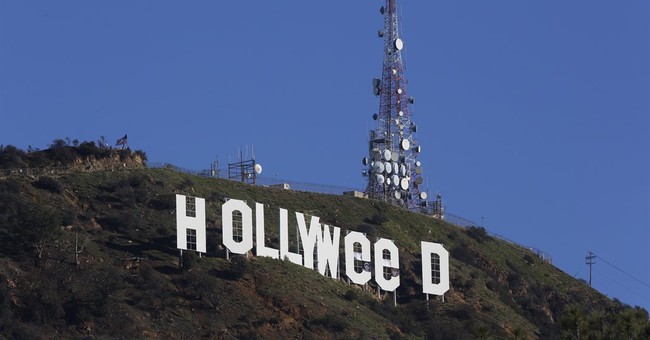 On New Year's Day, residents of Hollywood awoke to see that some creative vandals had changed the iconic "HOLLYWOOD" sign to read "HOLLYWeeD." While nobody has taken responsibility yet, people are getting quite the chuckle from the antics.

Jumped in the cab, here I am for the first time
Look to my right, and I see the Hollyweed sign ?? pic.twitter.com/KzcxDeeBhn

Person: Where you live?
Me: Hollyweed, I guess pic.twitter.com/WsFiwLS1zK

First hollyweed and now Ariana Grande is going to be in Final Fantasy Brave Exvius. It's like 2017 just went and burned the rulebook.

ok, this ones crazy, i coulda swore the sign said "HOLLYWOOD" growing up and now it says "HOLLYWEED" anyone else remember??? #MandelaEffect pic.twitter.com/LPAJmkFkWO

The vandal used a black tarp to cover the letters and has not yet been identified. If found, he could face a misdemeanor trespassing charge.

This is not the first time the sign has been vandalized to say "Hollyweed." In 1976, an art student also modified the sign in a similar manner. He received an "A" for the stunt.

1976 vs 2017 WHO WORE IT BETTER? #hollyweed pic.twitter.com/hiIQbEundI

California was one of four states to vote to legalize recreational marijuana this past election day.