Obama Is 'Confident' He Could Have Won A Third Term 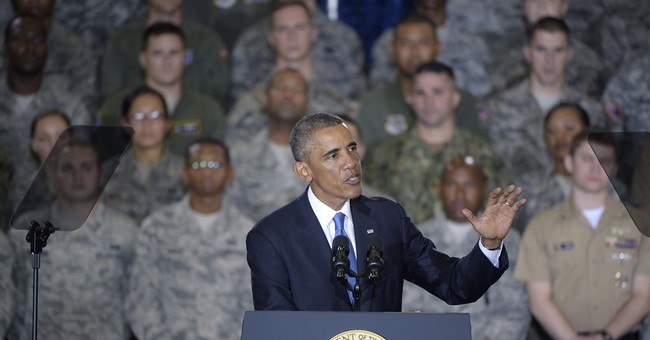 In an interview with David Axelrod on his podcast "The Axe Files," President Barack Obama said that he's "confident" that he would have won a third term had he been Constitutionally permitted to seek one. Obama believes that his message would have continued to resonate in ways that Hillary Clinton's simply did not.

Two points I would make though, David, because obviously in the wake of the election and Trump winning, a lot of people have -- have suggested that somehow, it really was a fantasy. What I would argue is, is that the culture actually did shift, that the majority does buy into the notion of a one America that is tolerant and diverse and open and -- and full of energy and dynamism.

And -- and the problem is, it doesn't always manifest itself in politics, right? You know, I am confident in this vision because I'm confident that if I -- if I had run again and articulated it, I think I could've mobilized a majority of the American people to rally behind it.

I know that in conversations that I've had with people around the country, even some people who disagreed with me, they would say the vision, the direction that you point towards is the right one.

As Matt pointed out, the Democratic Party hasn't done too hot for the past eight years of Obama's presidency. More places than before are under Republican control. The Democrats have basically nobody set to go for a 2020 run (having placed the vast majority of their eggs in the Clinton basket), and have no real, viable rising stars. While Hillary Clinton ran an almost uniquely terrible campaign that was loaded with inexplicable unforced errors. I agree it's possible that Obama could have won a third term, but to say he's "confident" it would have happened is slightly cocky.

The Democrats need to do some soul-searching if they'd like to remain relevant.