Obama: Yeah, I Really Screwed Over My Party 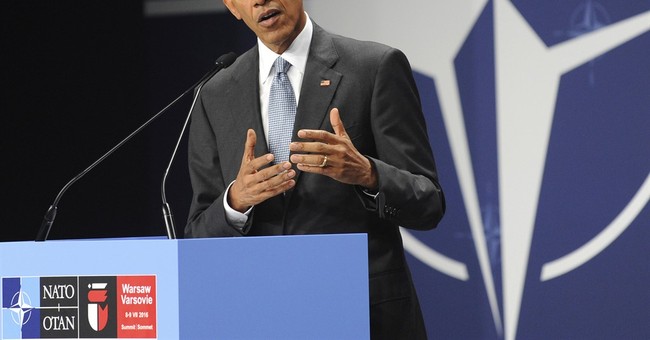 As President Obama makes his exit on January 20, a lot of commentary has been rehashed about how he’s left the Democratic Party is a terrible state. The losses on the federal, state, and local level are nothing short of catastrophic. Republicans are undeniably the dominant political force in the country. They control 69/99 state legislatures; have over 4,100 state lawmakers in office (the most since the party was founded), two-thirds of the governorships, control of Congress, and control of the presidency. The only thing that’s going to stop Republicans is Republicans at this point. On December 16, President Obama admitted that he left his party in bad shape, though he said he was just too busy to help them out. As Democrats regroup, even those running to take the helm of the Democratic National Committee are acknowledging the hole they have to dig out of regarding state and local races (via Washington Examiner):

It's been something that I've been able to do, successfully, in my own campaigns," Obama said during his final year-end news conference from the White House. "It is not something I've been able to transfer to candidates in midterms and sort of build a sustaining organization around. That's something that I would have liked to have done more of, but it's kind of hard to do when you're dealing a whole bunch of issues here in the White House."

Clearly, whatever the leadership of the Democratic Party has been doing over the last many years has failed, and we need fundamental change," Sen. Bernie Sanders, I-Vt., said this week in a speech in Washington to progressive activists.

Sanders was speaking in support of Keith Ellison's bid to be the next chairman of the Democratic National Committee. The Minnesota congressman's main competition is Labor Secretary Tom Perez, who joined the campaign on Thursday.

"I know some folks don't want to hear it, but since 2008, Democrats have lost 935 legislative seats and Republicans now control two thirds of governors office," Ellison told progressive activists, after being introduced by Sanders at an event to promote his campaign. "It has devastated us."

At the same time, that’s not to say that the Democratic Party wasn’t strong at the state-level. By 2008, their position in the state and local arena was not dire. In fact, it was a rather solid showing after the implementation of Howard Dean’s 50-state strategy. Once Dean left, however, the GOP retook the ground. In doing so, they control the talent pool for the next generation of Republican leaders, whereas Democrats are now confined to the coasts with no one to really put forward for statewide races, let alone national ones. Right now, Sens. Elizabeth Warren (D-MA), Bernie Sanders (I-VT), and Vice President Joe Biden are the ones who could mount a 2020 challenge to Donald Trump. By that time, Warren would be, or would be turning, 71 years old; Biden would be 78; and Sanders would be 79. The average age of the Democratic Party standard bearer four years from now is going to be 76. Yeah, I would say that’s quite a problem.