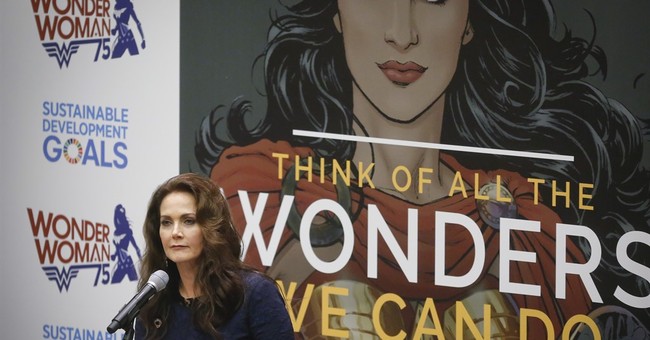 Wonder Woman has been dropped as the United Nations' "honorary ambassador" for the empowerment of women and girls barely a month after she was announced.

A petition drive called for her removal on the grounds that she's not "culturally encompassing" and that she's too "overtly sexualized." Further, the petition argued that a real, non-fictional woman should be heeding this role, not a comic book character. Nearly 45,000 people signed this petition.

The United Nations denies that the petition has any role in Wonder Woman's abrupt retirement, but acknowledges that there was controversy over her selection.

“Some people voiced a concern that they didn’t feel it was appropriate for a fictional character to be representing women and girls,” Mr. Brez said on Tuesday.

In response to those complaints, he said, the organization had tried to emphasize “the real-life wonder women, real-life women and girls” who would be affected by the campaign, which was meant to promote gender equity worldwide as part of the United Nations Sustainable Development Goals.

Wonder Woman will step down from her ambassadorship on Friday.