ISIS Claims Responsibility For Attack At Coptic Cathedral In Egypt 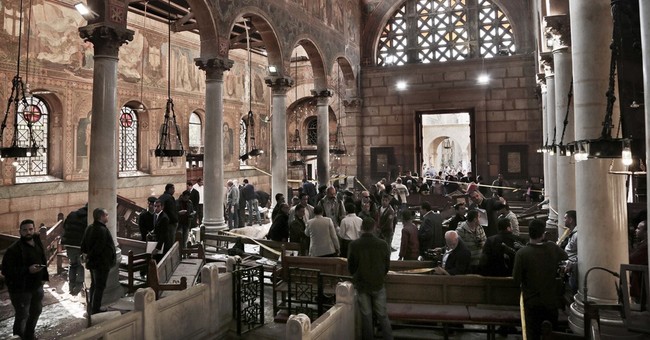 ISIS has claimed responsibility for the bombing at St. Mark Coptic Orthodox Cathedral in Cairo on Sunday. A total of 25 people were killed and 49 were injured when a bomb exploded during Mass. Most of the dead were women and children.

The attack, which took place on the birthday of the Islamic Prophet Muhammad, is the deadliest attack against Egyptian Christians in years. There are about 12 million Copts in Egypt.