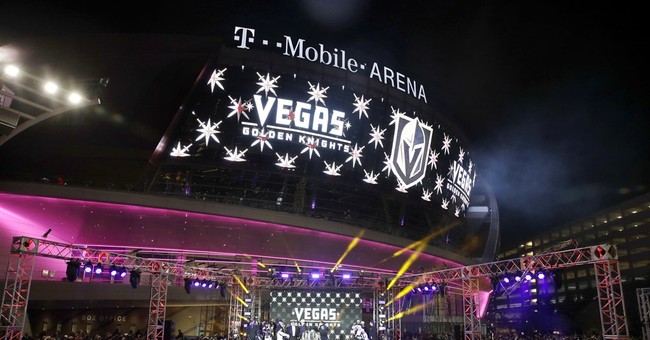 Given that the team name was announced (albeit in an extremely awkward manner), one would think/hope that all trademark issues associated with the name and logo had been settled. This is apparently not the case: the U.S. Patent Office has rejected the NHL's trademark request. The request was rejected following a complaint from the College of St. Rose, who also uses the nickname "Golden Knights."

It's not uncommon for trademark requests to be denied, and this is hardly a final say on the team name. The organization has six months to respond to this rejection and argue its case.

But still, you'd think this would have been sorted before the name was announced.