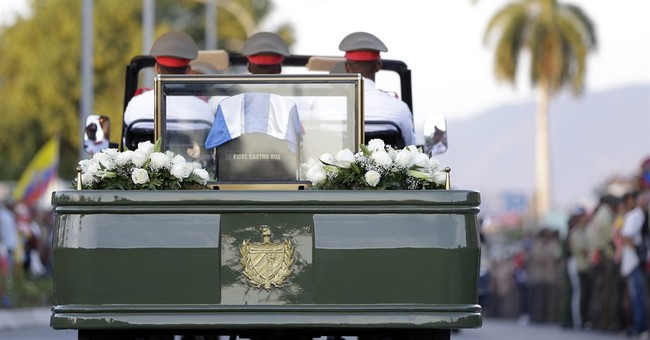 An almost amusing sight at Fidel Castro's funeral procession: the car carrying his remains reportedly broke down and had to be pushed by soldiers.

The vehicle was reportedly Russian-built.

Pictures of the scene quickly spread on Twitter, with people calling it a "fitting metaphor" for the Castro regime:

Look no further for Cuba metaphors - Fidel's final journey ends with a breakdown via @franciscome pic.twitter.com/kOjKSjMkVQ

How fitting: The jeep carrying Fidel Castro's ashes broke down and soldiers had to push it the rest of the way to the cemetery. #castrodeath pic.twitter.com/KodjTHWgRt

After Castro passed away on November 25, many Cuban refugees (and their families) living in the United States celebrated the occasion with hopes that Cuba could one day be freed completely.