Another Designer Refuses To Work With Melania Trump 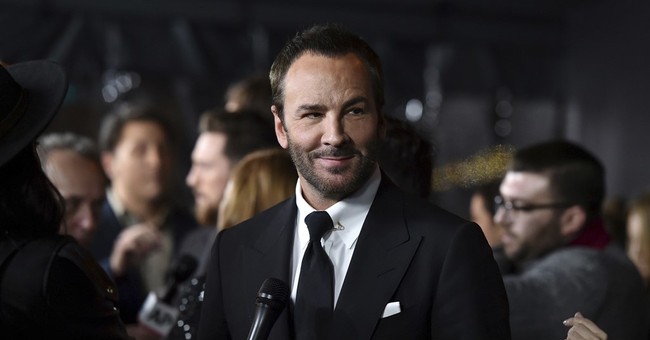 Last month, fashion designer Sophie Theallet announced, completely unprompted, that she would not work with Melania Trump during her time as first lady. Now, designer Tom Ford has joined Theallet, and has also declared that he would not dress Melania Trump, as his clothes are apparently "too expensive" for a first lady. Ford has previously designed a gown for Michelle Obama.

Ford made these comments while appearing on the television show The View.

Tom Ford stopped by The View on Wednesday to talk about his new film Nocturnal Animals, and also spent some time talking about first lady fashion.

'We've got a new first lady, Melania Trump, and she's quite beautiful, and she's thin, she's gonna look great in [your] clothes, no?' host Joy Behar asked Ford at the top of the interview, clearly hoping to learn if Ford would consider working with the former model or had a strict ban.

A hesitant looking Ford paused for a moment before responding to the question, saying: 'I don't know. I was asked to dress her quite a few years ago and I declined.'

He then explained his reason for passing on the offer by stating: 'Well, she's not necessarily my image.'

Granted, it's a designer's choice on whether or not they want to dress someone. I completely understand that. Now, why can't this understanding be applied to florists and bakers?