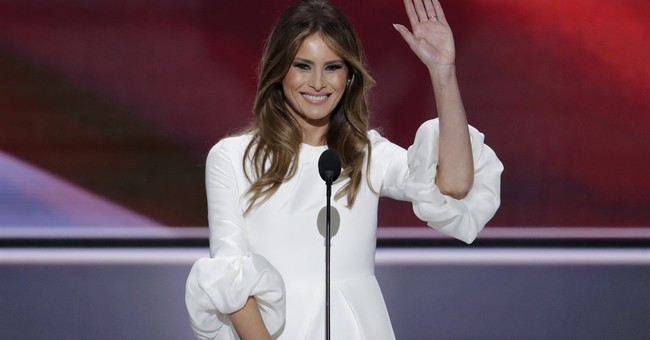 Sophie Theallet, a designer who has dressed Michelle Obama during her time as First Lady, published an open letter on Twitter announcing that she will refuse to work with Melania Trump. Theallet said that she will not associate with her due to Donald Trump's "rhetoric of racism, sexism, and xenophobia" throughout the campaign. Theallet urged other designers to refuse to work with Melania as well.

Response to the open letter has been mostly mixed, with some praising Theallet for standing up for what she believes in, and others calling the whole affair a publicity stunt.

While Theallet is free to dress whoever she pleases, it's kind of odd that people are cheering this letter yet at the same time demand that bakeries and florists cater to clientele that they don't want to work with due to their personal convictions. This can't go both ways.