Faced With Trump vs. Clinton, Some People Are Writing In A Meteor Strike 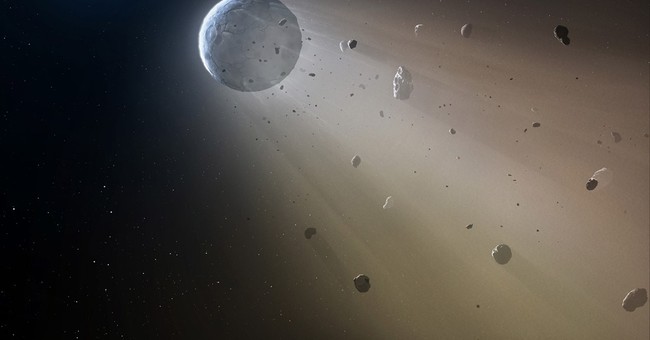 Donald Trump and Hillary Clinton are both historically unpopular--so much so, that some people are opting to write in "Sweet Meteor O' Death" as their vote for president.

Inspired by the Twitter account @Smod2016, which has been tweeting satirical comments about the election throughout the campaign, people fed up with the options are taking a "stand" and voting for the extinction of all mankind.

#ivoted for @smod2016 for Pres. In case it matters, all my other votes were for #republican candidates. pic.twitter.com/0U0DSldEqo

"And when we go, nature will start again. Nature knows when to give up, David."@smod2016 pic.twitter.com/T8wd2s8zLr

@smod2016 just don't disappoint me like every other politician does. pic.twitter.com/rTQ4Z8DZF8

It'll all be over soon.