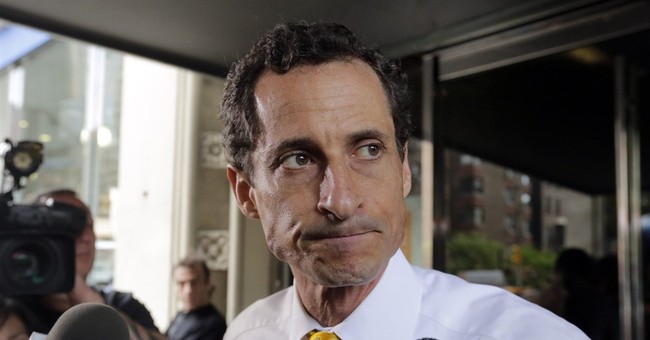 Former Congressman Anthony Weiner has reportedly checked into rehab for sex addiction, according to The Daily Mail. It is unclear when exactly Weiner entered the facility, but new allegations that Weiner had an online relationship with a child emerged in mid-September, prompting a federal investigation.

Last week, Weiner was once again in the headlines as it was revealed that an FBI investigation into his relationship with the high school student had unearthed emails from Hillary Clinton's server, re-opening that investigation.

From The Daily Mail:

Out-of-control Weiner, who has been sending sexually-charged messages and obscene pictures to women and at least one teenage girl for years, is now in a treatment facility, DailyMail.com has leaned exclusively.

Friday's dramatic disclosure by the FBI that it had discovered new emails relevant to their investigation into Hillary Clinton's secret server was a shock unprecedented in electoral history.

At the center of it, however, is the tragedy of Anthony Weiner's sex addiction.

Weiner's sex addiction has cost him his career in Congress, his mayoral bid, and now his marriage; let's hope he is able to get some kind of help. It's also probably best--for everyone--if he lays low for a little bit.