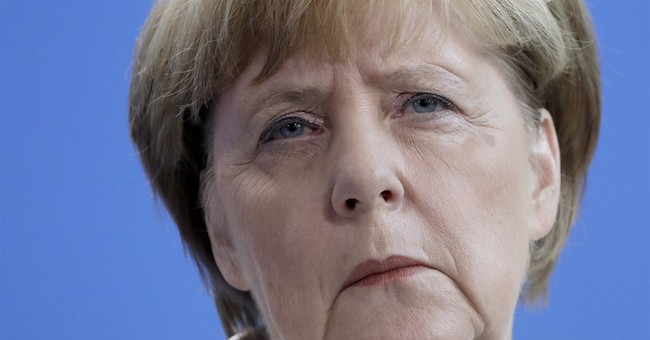 “Oh, let me think. Look, I like a lot of the world leaders,” Clinton said, bursting into laughter initially when asked about her favorite world leader during a gaggle with reporters aboard her campaign plane in Chicago. “One of my favorites is Angela Merkel because I think she’s been an extraordinary, strong leader during difficult times in Europe, which has obvious implications for the rest of the world and, most particularly, our country.”

Clinton praised the German chancellor’s “leadership and steadiness on the Euro crisis,” while adding that “her bravery in the face of the refugee crisis is something that I am impressed by.”

While this was supposed to be a "swipe" at Republican nominee Donald Trump, it's still kind of telling that Clinton landed on Merkel. Merkel's popularity in Germany has plummeted as Germans grow increasingly upset with the handling of the refugee crisis. Her political party is hemorrhaging votes to a rival party that promises to handle the refugee situation better. That's not exactly someone I'd be parading around as a role model.