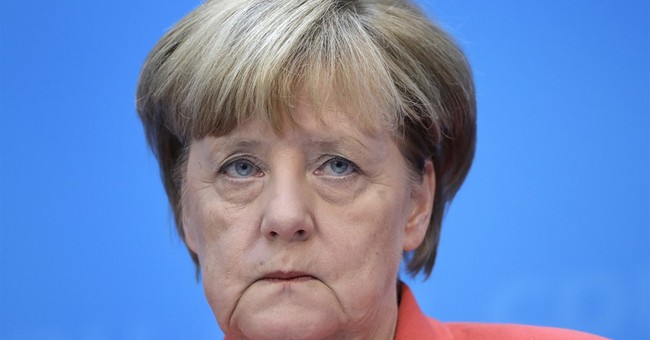 Sunday was not a happy day for the Chancellor of Germany’s political party. Angela Merkel’s Christian Democratic Union was ousted from power after the Berlin state elections as traditional supporters of the party fled to other candidates. It was a record low turnout for the Christian Democratic Union. The CDU only won 17.6 percent of the total vote – eliminating them from a governing coalition of the state of Berlin.

This was just the latest in a string of local election losses. Merkel’s center-right party has taken huge hits amid recent elections due to her unwillingness to change her immigration policies despite growing voter outrage. Merkel allowed more than one million immigrants to enter Germany last year and more are to come.

One party that has risen amidst the Christian Democrat Union’s demise: Alternative for Germany. AfD is a new political party focused on curbing immigration into Germany - namely Muslim immigration from Middle Eastern countries. Berlin is now the 10th state where AfD has earned representation at the local level. Most political experts agree they will earn seats in the national Parliament when elections take place in 2017.

Former CDU voters have also turned to liberal third-party options in backlash of the situation. The Left Party and the Greens have seen a rise in support. These two parties will govern in a liberal coalition of the Berlin state along with the center-left Social Democratic Party.

As voters turn away from Merkel, members within her own party and coalition have criticized her immigration stances. For her part, Merkel has admitted that “mistakes were made” regarding the flooding of asylum seekers to Germany, and she has taken responsibility of her party’s poor performance in the Berlin elections. However, she has essentially said nothing will change regarding her refugee stances and that Germany will benefit from immigrants to Germany.

2017 will show if her near-absolute refusal to change her policies will have an impact on her political career.