Washington Mall Shooter, A Non-Citizen, Somehow Managed To Vote In Three Elections UPDATE: Apparently He Is A Citizen After All 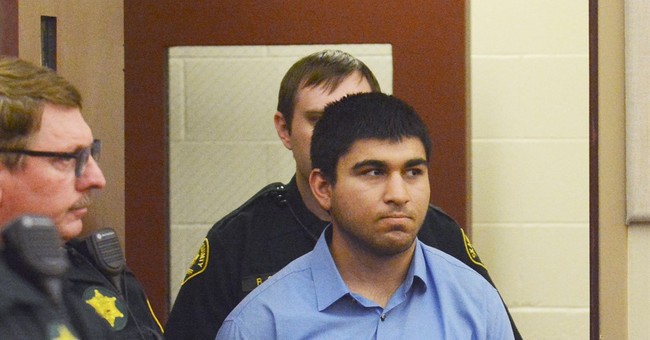 UPDATE: Apparently Arcan Cetin is a citizen after all, and therefore legally voted. It is unclear as to when he became a citizen as well as why the federal government initially could not identify him as one.

Last week, Arcan Cetin, an immigrant from Turkey, shot and killed five people at a mall in Washington state. Cetin is a green card holder and not a U.S. citizen, and therefore not able to legally vote--but somehow was able to vote in the last three elections, including the presidential primary in May. Washington does not verify citizenship during voter registration.

KING 5, a news station in Washington, reports that federal investigators confirmed that Cetin was indeed a registered voter even though it is not legal for him to do so. They did not reveal which party, if any, he was registered to.

Federal sources confirm to KING 5 that Cetin was not a U.S. citizen, meaning legally he cannot vote. However, state records show Cetin registered to vote in 2014 and participated in three election cycles, including the May presidential primary.

While voters must attest to citizenship upon registering online or registering to vote at the Department of Licensing Office, Washington state doesn't require proof of citizenship. Therefore elections officials say the state's elections system operates, more or less, under an honor system.

Personally, and this is just me speaking, I'm not exactly comfortable with a state running their elections on the honor system. There's no way that Cetin is the only person in the entire state who is in the voter database despite not being a citizen. It's common sense to verify that someone can actually legally vote before giving them a ballot. This shouldn't be controversial. Plus, out in Colorado there have been multiple instances of dead people voting--another sign that something is terribly wrong with the voting system. These need to be fixed, pronto.