Former Miss Universe Insulted By Trump Tweets Thanks To Hillary 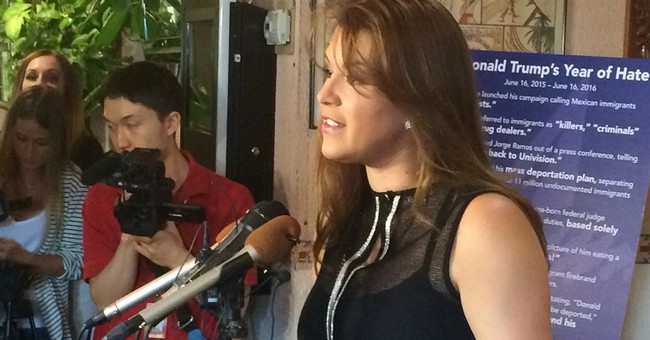 During Monday's debate, Hillary Clinton raised the issue of Donald Trump's treatment of former Miss Universe Alicia Machado. Clinton alleged that Trump referred to "Miss Piggy" and "Miss Housekeeping," a claim that Trump brushed off. (Machado is a Venezuelan native.)

Over to Twitter, Machado tweeted her thanks to Clinton for bringing her up during the debate, and reiterated her support for the candidate. Machado had recently became a U.S. citizen, and she plans to vote for Clinton.

I received my passport ! I'm ready to vote For my country for you @HillaryClinton for my daughter For women workers pic.twitter.com/U5lSwWxiHc

UPDATE: Here's a video put out by the Clinton campaign detailing Machado's experience as Miss Universe.