Donald Trump Sponsored a Snapchat Filter For The Debate 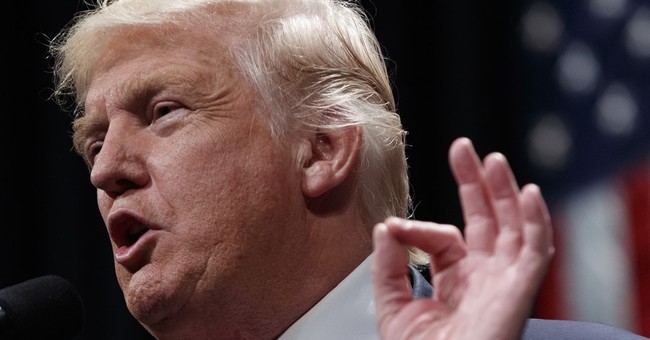 Ahead of Monday's debate, the Donald Trump campaign is reaching out to millennial voters in an unorthodox manner: Snapchat geofilters. Today, Snapchat users discovered that one of the filter options was a Trump-sponsored image touting "Debate Day" as "Donald J. Trump vs Crooked Hillary."

Some people weren't too thrilled, but others thought it was a "power move" by the candidate.

Trump had a snapchat geofilter made that says "crooked Hillary" on it lol.

He has to be the biggest child that ever ran for president.

The Donald Trump snapchat filter is the most tasteless thing I have seen in a while.

This snapchat filter is the biggest power move I've ever seen. pic.twitter.com/GYv8UyqXW7

How the heck does @Snapchat approve this stupid filter by Trump . Bye ????

This is not the first time a candidate has used Snapchat filters to campaign. Back at the RNC, Clinton's campaign paid for an anti-Trump Snapchat filter for the duration of the convention.