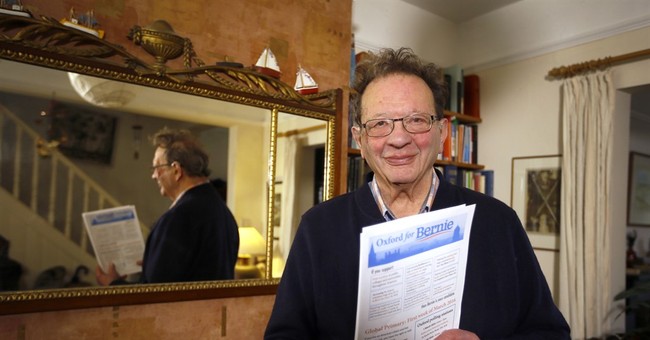 Bernie Sanders' brother Larry, who was a DNC delegate for the Democrats Abroad, is running for David Cameron's old seat in the British Parliament. Larry Sanders is a member of the Green Party and is a retired social worker.

Cameron resigned from Parliament on September 12, saying that his presence had become a distraction. Cameron stepped down from his position as prime minister following the successful "Brexit" vote.

Larry Sanders moved to the U.K. in the late 60s when he married his late wife, Margaret. He formerly was a councillor for the Green Party. He currently works as the Green Party's spokesperson on health.

Now his brother Larry, 82, a retired social worker and former Green party councillor, plans to attempt a similar feat for the Greens in the byelection for the rock-solid Conservative constituency of Witney.

It will be a tall order. “It hasn’t always been the richest turf for the Green party,” a party spokesman said. To become MP for Witney, he would have to overturn Cameron’s 22,700-vote majority in a seat where the last Green candidate won just 5.1% of the vote.

But as Sanders points out, he has branding on his side. “Because of Bernard, I’ve become famous, and I will get more attention from the media, and that’s to be used to get the Green party’s policies across,” he told the Guardian.