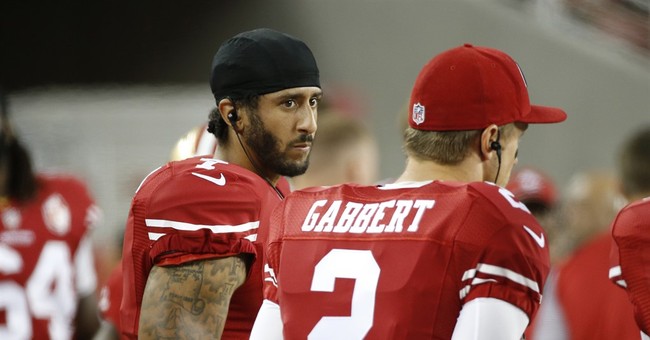 On Monday, White House Press Secretary Josh Earnest said that while he doesn't agree with San Francisco 49er's quarterback Colin Kaepernick's reasoning or decision to sit during the National Anthem, he believes that he has the right to do so.

Kaepernick remained seated during the Star-Spangled Banner prior to an NFL preseason game, and said he did so because the United States is an oppressive country.

Earnest said that while President Obama is aware of Kaepernick's protest, he has not yet spoken to him on the matter.

"I certainly don't share the views that Mr. Kaepernick expressed after the game, and explaining the reasoning for his actions. But we surely all acknowledge, and even defend, his right to express those views in the setting that he chooses."

In response to Kaepernick's protest, many fans have taken to burning their jerseys.